By autobus22 - 1st place in the MRTvision Screenshot Contest 9

A Glimpse of Hope

Sail Away and Find Tranquility

By Cookie46910 - 3rd place in the MRTvision Screenshot Contest 9

watch the world go by

Why Is my reflection someone I don't know?

By _Kastle - 8th place in the MRTvision Screenshot Contest 9

By KittyCat11231 - 9th place in the MRTvision Screenshot Contest 9

We had a fairly short ISM and only had one non-staff attendee (PtldKnight)! Regardless, here’s the updates:

As I said, really quick! We’ll see ya for the December GSM on December 12th at 7PM UTC.

We’re halfway through November so it was time for the General Staff Meeting. We’ve got lots of stuff to go through!

2 cities went for premier at this GSM. The results of each cities’ vote are below:

The One who Wields the Axe

We had one candidate for consideration for Moderator this GSM. The voting was the following:

Congrats to VickiTori_! She has been re-promoted and is eager to help the community.

Discussions with the Community

There was talk of the warning levels and whether changes should be done (such as raising and lowering the levels). Frumple encouraged others to send feedback for changes like that to him for a future GSM proposal. However, he did propose to change the wording on the warning levels to the following:

“The following table defines what warning levels are typically given for each type of infraction. When staff are evaluating a situation, they will start from the level defined in this rubric, and may adjust the level up or down if there are special circumstances or context that warrant it.”

The intent of this change is to make it clear to everyone that the warning levels serve as a default (starting point) for punishments/sanctions.

godzilltrain‘s proposal to enable beacons for Trustees and above was accepted. This lowers it from it’s past level of Premiers and above.

Frumple will be updating the Main Server to 1.17.1 on Monday, November 15th from 5PM to 7PM UTC. Further communication on the update progress will be made in the discord like past updates.

Cars on the Freeway

Staff approved RadiantRanger26‘s proposal to extend B844 from Kaloro City to Bristol.

PtldKnight‘s proposal to extend the A90 was approved. The extension is in blue in the picture below.

Avaneesh2008 re-proposed his Game of Gamming event. Staff denied the proposal for now over concerns over lack of detail in regards to the rules, information about each event, and who is exactly helping with the event.

Tracks over the Ocean and Mesa

I opened the Eastern South Extension (ESX), which has been under construction by Vulpicula for a couple of years. This extension runs from Pearl Coast to Arcadia. The allocations for stations along the extension are as follows:

Mojang1014 and Skelezomperman opened the Mesa Line Extension 4 (MLX4) also! This runs from Tembok to Rizalburg. The stations were allocated as follows:

Fifteen minutes, in and out. Pretty quick and everything was approved!

From Sea to Road

HarborRandom852 proposed an extension of the B963 from Miu Wan Airport to Miu Sai. This was approved.

Sledding to the Finish Line

frogggggg requested event funding for the 2021–2022 Winter Games. This was approved. Events are scheduled to be in January/February 2022.

The Grand Changing of Hands

ModernArt was approved for his IAT of East Spruce.

time2makemymove‘s IAT of the remainder of SkyTrans (the portion owned by DevvySky) was approved.

SilkAir (owned by ohuehue) was approved for IAT to EliteNeon

In other news, AP_Red has resigned from Administrator, citing real life and time commitments for his reasons to resign. He will be staying as Moderator until the server closes (per his statement in Discord).

Hello @everyone , I have made the decision to resign from my post as administrator, and step down to moderator, effective immediately. I first joined the MRT in February 2013, and since then it has been a near constant for me. Though I am a very different person to that 13 year-old who first joined the server looking for community, that sense of community never truly left. Being on the admin team definitely has had its ups and downs, but has been overall a very positive one over the past three years, and the two as moderator before then. However I must acknowledge that the time has come in my life to move on as I start my professional life outside the server. Time is increasingly limited, and while I love the server and its community, I need to spend more of my free time with friends and family away from a computer screen, especially considering the effects of the past nearly two years. I can no longer dedicate as much time to the server as I used to. I will still be around though, and regardless of what happens over the next year and a bit, I will always remember this weird experiment of a server and its community.

I’ll see ya at the November GSM on November 13th at 7PM UTC!

As you all may have seen, we had a special staff meeting. This meeting had a closed agenda that had topics set beforehand. There is a lot to discuss but I tried to capture most of yesterday’s discussion as a Q & A. But first, I’ll list some of the main highlights:

You might have a lot of questions from seeing this so I’ll add the questions that were asked at the meeting.

Chief also has put together a separate FAQ to answer the questions above and a few others in more detail below.

The Agenda/Minutes from the Meeting can be found with the links below:

We will keep y’all posted with more information/details as it comes.

In the meantime, we have a chunk of time together. The ISM will be on October 31st at 7:00 PM UTC so we’ll see ya there! 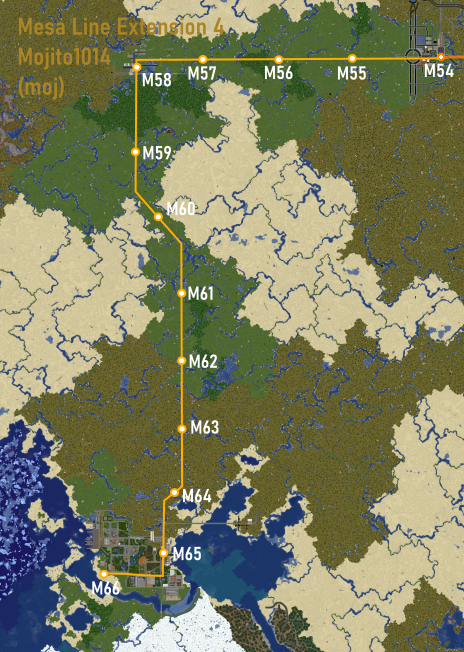